The international Enzo and Dino Ferrari Circuit in Imola hosted the fourth edition of the Historic Minardi Day: a two-day motorsport event created by Gian Carlo which gave fans of all ages the chance to invade the Santerno circuit pit-lane and boxes. A journey through more than 50 years of car racing and Formula 1.

Two exceptional Lancia Martini Racing cars paraded on the track among 32 F1 single-seaters, F2 and F3 cars, Prototypes and Gran Turismo: the 1980 Lancia Beta Montecarlo and the 1982 LC1. During the event, both cars were driven, among others, by Emanuele Pirro, memorable Italian Formula 1 pilot and member of the Foundation’s Scientific Board.

The Lancia Beta Montecarlo scored its first win at the Brands Hatch 6 Hours in 1980 with the Patrese-Rohrl duo. The same year, it also won the Mugello 6 hours, again with Patrese, this time supported by Cheever. The LC1, instead, participated in the Spa-Francorchamps in 1982, driven by Patrese-Fabi, where it ranked third. It also raced in the 1000 km of Mugello, obtaining the pole position, and in the 6 Hours of Fuji, where it came in second. 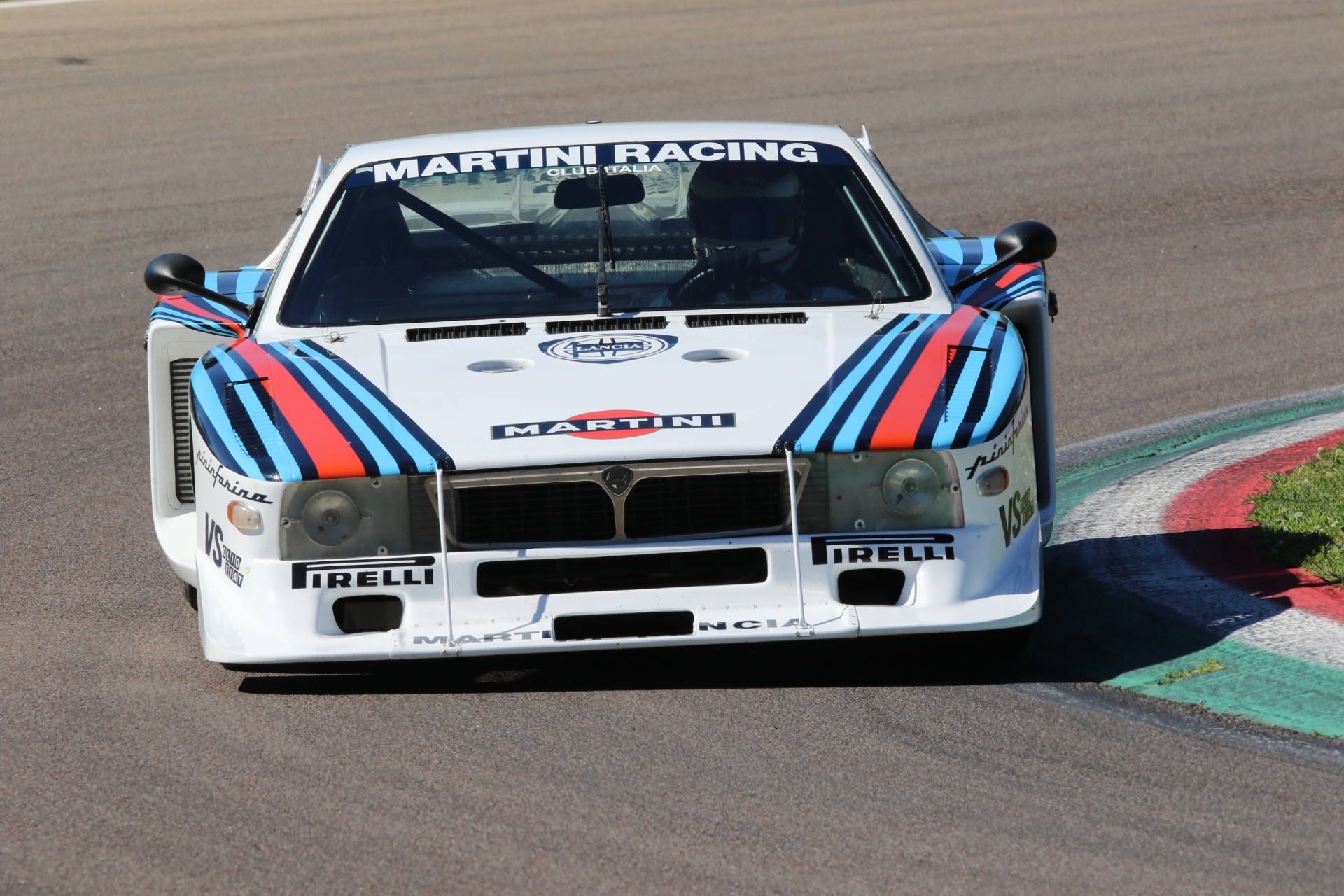